Dungannon pool stars top of the pots in NI 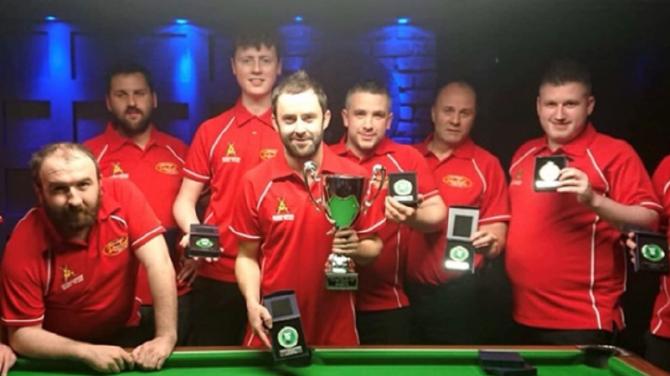 DUNGANNON pool team put on a fantastic display of pool to win the Northern Ireland Inter League Challenge Cup which was held in Racks Pool Club in Ballymoney.

Dungannon finished top of their group with wins over Ballycastle (10-8) and Newry (10-6), which was enough for them to top their group, despite a narrow 10-9 defeat against Fermanagh in their last group match.

They then came up against a really determined Belfast team in the semi finals who tried almost everything to win the match but the Dungannon men held their nerve at crucial times to come out on top in a 14-11 scoreline.

In the final, there was two Tyrone teams left standing as it was Dungannon v Omagh.