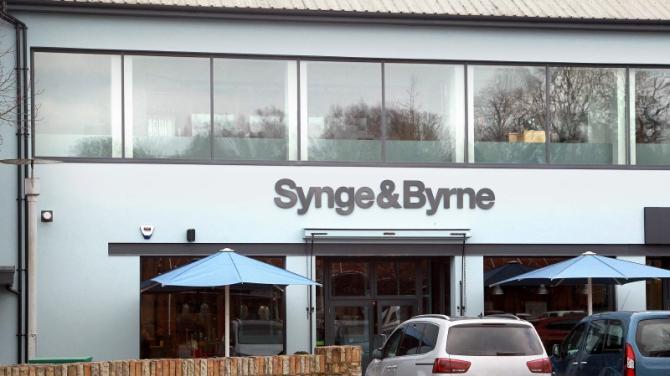 THE owners of Moygashel-based café business Synge & Byrne have announced they are set to open the chain’s first Republic of Ireland branch.

Director and co-owner Adrian Garvey previously said the chain hoped to open its first outlet in the Republic by the second quarter of this year, and would target regional and commuter towns for expansion.

And now the artisan café company have confirmed plans to open a new 100-seat restaurant in March.

The new outlet will be located within the Harvey Norman store, in the new Gateway Retail Park in Knocknacarra, Galway.

The move south of the border comes as the company seeks to Brexit-proof their firm.

Including their café at the Linen Group, Synge & Byrne has seven outlets in Northern Ireland, in towns and cities including Belfast, Newry, Londonderry.

However, Mr Garvey, who runs the business with his brother Damien, said that the chain had put expansion in Northern Ireland on hold in the last few years due to a more subdued business environment there.