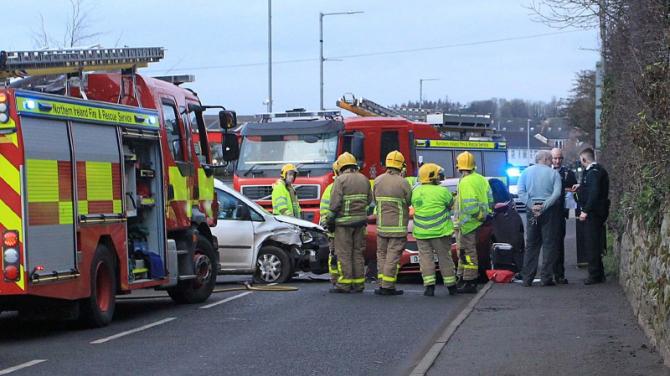 A WOMAN has been left seriously injured following a daring theft from a shop in Dungannon yesterday afternoon, Monday.

An eyewitness told the Courier three men were involved in the theft from MediCare Pharmacy on the Newell Road at around 3.30pm.

According to the caller, while the trio were making off, an oncoming van came into collision with a car.

Emergency services were called to the scene and the occupant of the car had to be cut from the vehicle by firefighters.

Police said they are investigating the incident, adding that the van driver, in his 60s, was arrested on suspicion of dangerous driving.

It is the second incident in as many months after MediCare suffered a ram raid late last year.