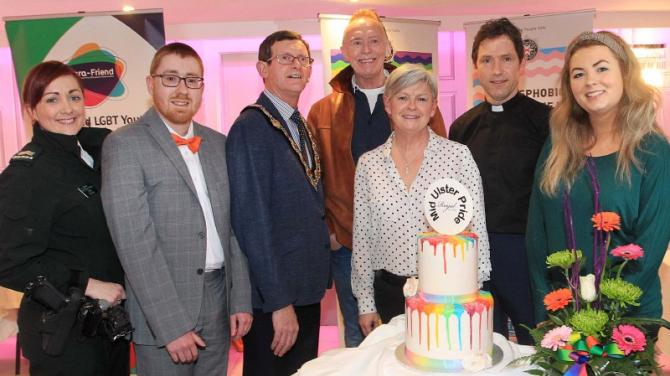 MID-ULSTER Pride was officially launched on Thursday night last, with plans to hold an event in Dungannon next month.

The Mid-Ulster Pride Committee will be making history by hosting a gay Pride Parade in Mid-Ulster for the first time this year. The Committee is a cross-community group which is passionate about the wellbeing of LGBTQ+ (lesbian, gay, bisexual, transgender and queer etc.) people.

The Committee revealed at the launch that the Pride Parade will take place in Cookstown on Saturday 13th June.

Other Mid-Ulster Pride events planned include LGBT film screenings in Dungannon and Cookstown during “LGBT History Month” in February and a conference on 1st April in the Glenavon Hotel, Cookstown.