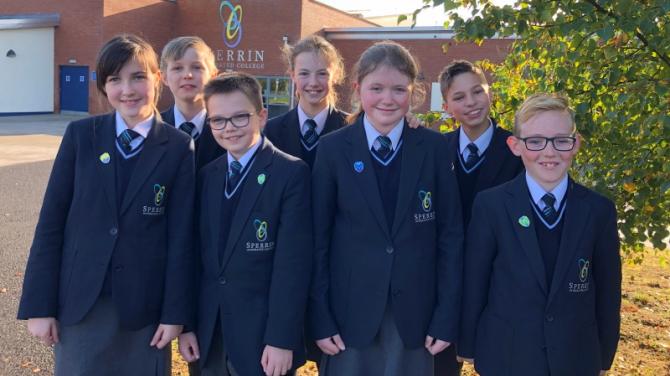 THE Department of Education has given a long-awaited boost to the development plans of Sperrin Integrated College and announced the school can expand from September 2020.

This is a very significant milestone for the Magherafelt school and heralds the start of significant investment and an upgrade of facilities.

The highly-successful integrated College has been heavily oversubscribed for many years, first submitting a proposal for an increase in Year 8 enrolment numbers in 2017, however, the decision to enable the school to grow was only made on 3rd January 2020 by the Permanent Secretary Mr Derek Baker.

The development proposal states that: “Sperrin Integrated College will increase its admissions number from 80 to 100, with an annual phased increase in the enrolment number from 500 to 600 with effect from 1st September, 2020.”

This announcement is the latest in a series of milestones for the College over the past year.

In September 2019, the school enrolled 109 pupils into Year 8, the largest intake since the College’s inception in 2002.