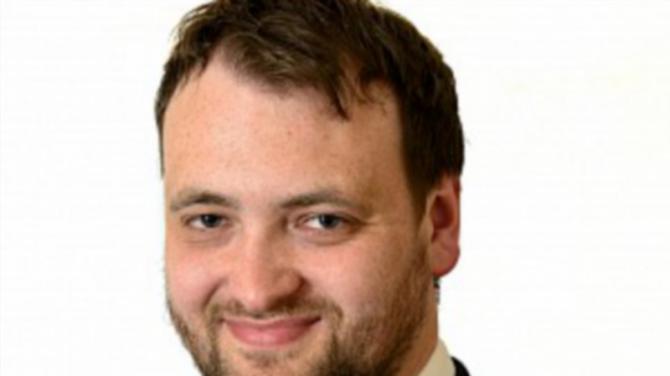 The Mid-Ulster Pride Committee plans to formally launch the date and location of the first ever rural Pride Parade at an event in the Royal Hotel, Cookstown this Thursday night.

The Mid-Ulster Pride Committee is a cross community group which is passionate about the well-being of LGBTQ+ (lesbian, gay, bisexual, transgender and queer etc.) people.

The group has already been liasing with the PSNI and Mid-Ulster District Council about their plans for the parade.

Coalisland Rector, the Rev Andrew Rawding, Vice Chairperson of Mid-Ulster Pride said “Belonging”, “Love” and “Celebration” will be the themes at the heart of the Pride event, in order to reduce isolation and give confidence to the LGBTQ+ community in Mid-Ulster.

Commenting on the festival, Cllr Quinn, who represents the Torrent area, told the Courier: “This is very welcome news and I applaud Rev Rawding and all the team at the Mid-Ulster Pride committee for getting this event up and running.

“Their commitment to fostering a place that allows for visibility and inclusion for LGBT+ people is relentless. We cannot thank them enough for their efforts in delivering a message of hope and acceptance in our communities.”

Concluded Cllr Quinn: “Mid-Ulster is a place of wonderful diversity and it is very fitting that the first rural Pride festival in the North will take place here. I look forward to joining my LGBT+ friends and neighbours at the Pride Festival later in the year.”

Not all the comments towards the planned parade have been positive.

The Courier received a number of letters following our story opposing the proposed Pride Parade.

One reader stated: “Having heard the news that Mid-Ulster will host a Gay pride parade in the coming months I think it is a disgrace.

“Having seen the photo of the Police officers standing with the Mid-Ulster Pride Committee I am truly horrified. These officers should be upholding God’s law and we need to keep law and order in this country and do what is right.”

A second reader in a letter to this paper said: “Surely the task of a faithful minister of Christ is to lead his flock in the paths of righteousness, not to glorify sin and rebellion against God?

“The Rev Andrew Rawding has set himself on a path that is diametrically opposed to the Word of God by encouraging any individual or group of people to glory in sin.”

And another reader stated: “Unlike some people, I don’t wish to condemn or judge those who are organising or plan to support the event, particularly those from a Church background who willingly choose to engage with the LGBTQ+ community, in spite of the opposition they are likely to face.

“Jesus himself faced ongoing criticism from the religious authorities for associating with persons who they viewed as practising a lifestyle contrary to their strict moral and religious values.”