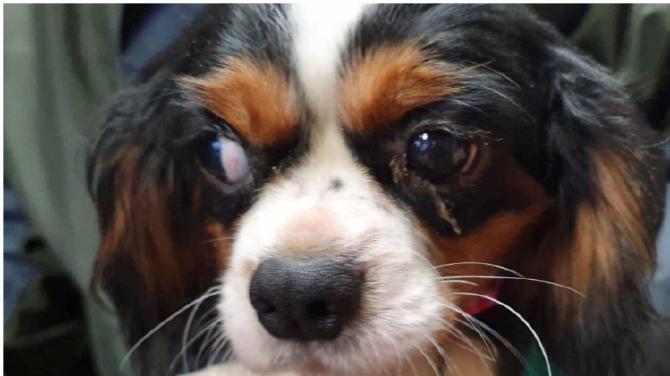 OVER thirty dogs and puppies seized by Police in Coalisland can now be rehomed after a Judge granted an order at a sitting of Dungannon Magistrate’s Court.

The rehoming request was made by Police and was unopposed by a lawyer acting on behalf of two people named on court papers.

The pair cannot be identified at this stage due to ongoing investigations.

More than 70 Police officers were involved in the Coalisland searches last week in an operation targeting suspected fraud over the sale of puppies.

A Police officer told the court a number of people were being investigated for fraud by false representation after complaints from customers which arose after they bought dogs advertised on the Internet.

Police asked the Judge to grant an order to allow fit dogs to be rehomed, and for sick dogs to be put down in the event a vet deemed it necessary in order to prevent suffering.

The judge granted the order saying: "The dogs are to be freed for rehoming when the time is right. A vet can take a decision on euthanasing if they so decide."

A Police officer said there had been a "vast response" from the public following last week's operation.

"While it is well-intentioned, we are not at that stage yet but we will notify the public when the time for rehoming comes.”