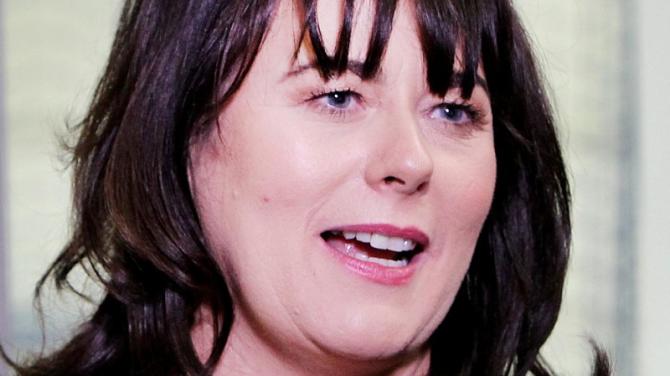 MICHELLE Gildernew has responded after members of the Tyrone Pro-Life Network held a prayer vigil/picket outside the constituency office of Sinn Féin’s Michelle Gildernew in Clogher on Monday 9th December.

A member of the Tyrone Pro-Life Network also delivered a letter to constituency staff at the event.

Michelle Gildernew said: "Abortion is a sensitive and emotive issue for many people, however the existing legislation on abortion is failing women in the north. Sinn Féin believes that British legislation which criminalises women who have an abortion should be repealed and replaced with legislation to provide appropriate, modern and compassionate healthcare services for women across the island.

“Sinn Féin will respond to the ongoing consultation on the proposed legal framework for abortion in line with our party policy.

“Sinn Féin believe that abortion should be available where a woman’s life, health or mental health is at risk, in cases of fatal foetal abnormality, and in the cases of rape or sexual abuse.

“Our representatives in Leinster House supported the Joint Oireachtas Committee findings that it is not possible to legislate for abortion in the case of rape in a compassionate way. It is therefore our position that abortion without specific indication should be available as determined by law and licensing practice for a limited gestational period, informed by the best available medical advice through a GP led service in a clinical context.

“Sinn Féin is totally opposed to the extension of Britain’s 1967 Act to the north and it is not in line with our policy, nor is CEDAWs recommendation to provide abortion in the case of severe foetal impairment.

“Sinn Féin believes that all outstanding rights issues in the north of Ireland should properly be dealt with by locally accountable politicians in the Assembly and Executive. Sinn Féin has worked in good faith to re-establish the political institutions on the basis of equality, rights and respect, so that we can address all of these important issues. The DUP’s anti-equality agenda is the primary obstacle to this.

“In the absence of functioning political institutions, the ongoing denial of rights by the DUP is untenable and unacceptable. Under the terms of the Good Friday Agreement it is the responsibility of the two governments, under the auspices of the British/Irish Intergovernmental Conference, to deliver equality and those rights that are routinely available everywhere else on these islands, including the right to appropriate, modern and compassionate healthcare services for women."