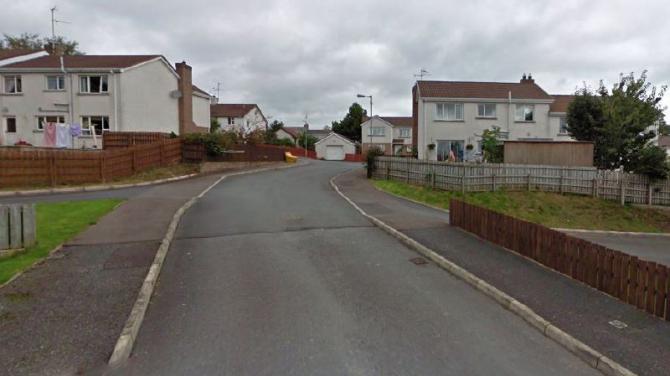 POLICE are working to establish a motive after a man was left badly shaken following a shot being fired at his house in Coalisland.

The incident happened in the Pinebank Gardens area at about 8.50pm on Sunday, causing damage to a front window of the property.

PSNI confirmed there was a man in the house at the time, however he escaped injury.

Detectives are appealing for any witnesses to the incident to contact them.

“We received a report around 8:50pm that the front window of a house in the Pinebank Gardens area had been damaged. Officers attended the scene and, after investigation, it is believed that a shot was fired at the property causing damage to the window,” said Detective Sergeant Robinson.

“Thankfully, a man who was in the house at the time was not injured, however, he was left badly shaken.

“We are working to establish a motive for this reckless attack and we are fortunate that no one has been injured.

“I would appeal to anyone who was in the area at the time and saw any suspicious persons, or who saw any vehicles being driven in a suspicious manner in the area between 8:45pm and 8:50pm to get in touch by calling 101, and quoting reference number 1609 of 08/12/19.”

It is the third shooting to happen in the area this year after two incidents at the same property in the neighbouring Loughview Gardens.