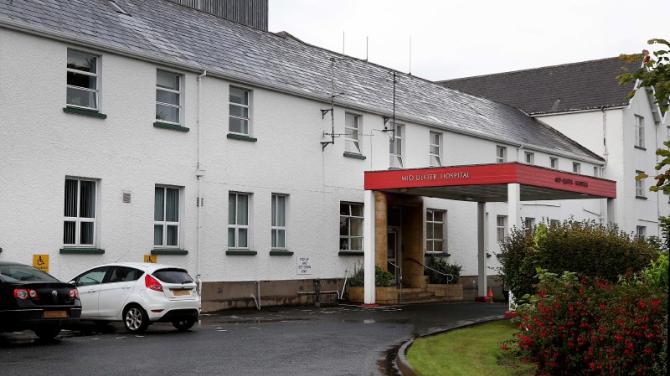 THE Northern Trust has confirmed X-ray facilities costing more than £100,000 have undergone repairs at Magherafelt’s Mid-Ulster Hospital and will soon be working at full capacity.

As fears grow of a cash crisis that threatens the very foundation of the free at the point of access NHS, the Northern Trust has confirmed cash has been found to fix an X-ray room that has been out of operation since the middle of October.

Answering a question put to the Northern Trust’s board by a concerned member of the public, a spokesperson for the Trust confirmed the work will be completed soon.

In a written response a spokesperson for the Trust said: “The X-ray unit in the Mid-Ulster Hospital (MUH) normally has two general X-ray rooms in operation and one is currently not functioning.

“The room has been out of operation since mid-October.

“The X-ray equipment in the Mid-Ulster Hospital is seven years old. It is reliable and functions well as it is maintained, fully serviced, recalibrating and quality assured by the Trust’s Medical Physics Expert.

“Regrettably, it is the case that on occasions the equipment breaks down and needs fixed/new replacement parts.

“The repairs needed in this case are due to a defective X-ray tube and also what is known as an ‘erect detector’.”

The spokesperson continued: “The cost of replacing this equipment is £108,000 – the business case is complete.

“While I cannot be definitive about the timescale for completion of this work, previous experience would suggest it should be completed and the room operational again within one week of repairs starting.”