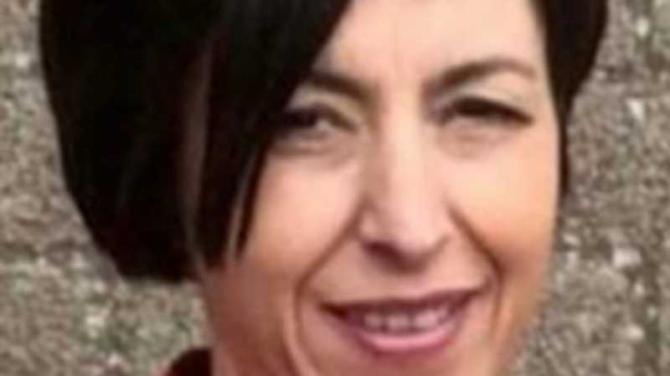 POLICE have issued a fresh appeal for the public's help in tracing the last known movements of missing Draperstown woman Helena McElhennon, who was last seen over a week ago.

The mum-of-four was last seen at around 11am on Sunday 24th November in the area of the lay-by on the city end of the Foyle Bridge in Londonderry.

A black Mitsubishi Outlander driven by the missing 42-year-old, who is understood to be suffering from depression, was located in the area a short time later.

Despite a series of searches by her family, including husband Declan, and members of the public, co-ordinated by Foyle Search and Rescue, no other trace of Mrs McElhennon has been found.

Police investigating her disappearance gathered at the Foyle Bridge on Sunday morning last in a bid to piece together the South Derry woman's last known movements.

Officers set up a mobile station at the lay-by and handed out distributing leaflets in a bid to jog people’s memories.

Mrs McElhennon is described as being 5’4 tall, with short dark hair and of slim build. When she was last seen she was wearing a long brown, or possibly black dress.

Helena’s children, who are aged between one and 10, have said they hope their mum will come home for Christmas.

Teresa Kidd, Helena’s younger sister, told the Belfast Telegraph that she left the family home at around 9.30am to go to a shop the day she disappeared.

“The three older ones have all been told so they're all aware of what is going on,” Mrs Kidd said.

“They just want their mammy home and they're worried. One of them said, 'All I want for Christmas is for mammy to come home'. It was devastating to hear.

“She told the kids she was going to the shop to get stuff for breakfast. She was making a fry for them. And, then, she just never returned - so we contacted the Police.”

Teresa said they continue to pray for her return and urged people to “take a couple of minutes and look at her photo” in case it sparks a recollection.

“I'm just clinging to hope - I hope somebody sees something from the reconstruction that will jog their memory,” she added.

“It's very hard as the days are going on, but we're still hoping and praying that she's somewhere and we'll get some information to get her home.”

She added: “She has been suffering from depression so she hasn't been herself.”

“Strangers have offered help, jet skis and boats, and one local who owns a plane has had it out flying over the Foyle looking for her.

Police have asked anyone with any information, no matter how small, to call them on 101 and quote reference number 771 of 24/11/19.