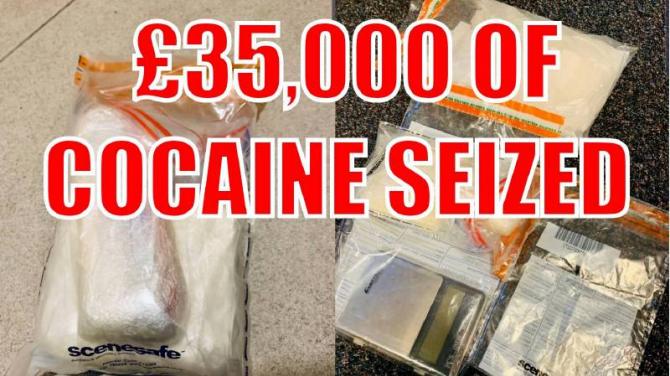 A 23-YEAR-OLD has been charged after Magherafelt Police seized £35,000 worth of Cocaine from a group they've dubbed “Pablo Escofelt”.

The seizure took place following searches in the South Derry town, which also resulted in the arrest of three individuals.

He has since appeared at Dungannon Magistrate’s Court and Police stated as “normal procedure all charges will be reviewed by the PPS (Public Prosecution Service)”.

On the PSNI Magherafelt Facebook page, a Police officer recounted how the Mid-Ulster District Support Team gave the suspects “a rude awakening”.

“Everything in the dream starts to go a dark shade of green. Then comes that heart sinking moment as you open your eyes and see the entire Mid-Ulster District Support Team gathered around your bed smiling back at you.

“You ain't smiling no more. This ain't no dream,” they said.

They also thanked users of their Facebook page for helping them take the drugs off the streets of Mid-Ulster.