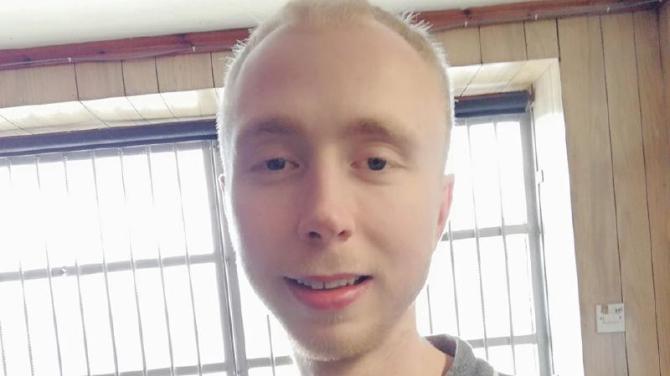 A CRITICALLY ill Ballinderry man underwent “major surgery” on Tuesday after he was found with a serious head injury on a footpath in Cookstown in the early hours of Sunday morning.

Joe Hurl, who in his 20s, had surgery at the Royal Victoria Hospital in Belfast following an alleged assault.

Mr Hurl was discovered by Police shortly after 2am on Sunday where Chapel Street meets Loy Street in the town.

Police officers provided first aid at the scene before paramedics arrived and took him to hospital.

The incident comes 10 years after Ballinderry player Conor McCusker died as a result of a head injury received when he was pushed to the ground outside a nightclub in Cookstown.

Ballinderry Shamrocks GAC urged the community to pray for their former player and staunch supporter, Mr Hurl prior to his surgery on a social media post.

“The club would like to ask all our members and indeed the whole Ballinderry community to pray for a successful outcome with Joe’s operation.

“Our thoughts and prayers are very much with the Hurl family in these very trying times.”

A 30-year-old man was arrested by Police investigating the assault and was later released on bail pending further enquiries.

Detective Sergeant McGale confirmed Police are still working “to establish exactly how the victim was injured” and appealed for anyone who was in the area around the time of the incident, or anyone who was driving and might have dashcam footage, to contact them.

“I would appeal to anyone who has any information, no matter how insignificant you think it may be, to call our detectives on 101, quoting reference number 247 of 24/11/19. It could help us establish exactly what happened to this young man,” he added.