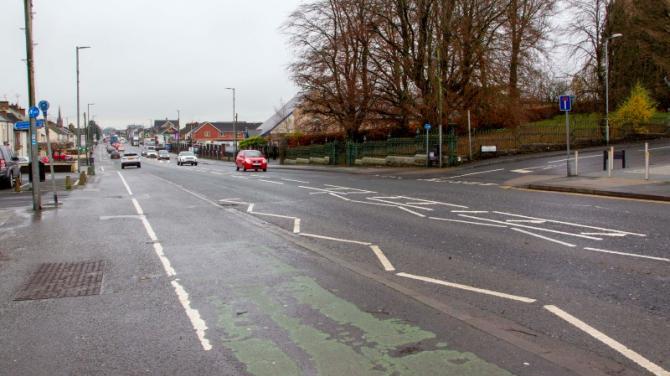 A MAN in his 20s was in a critical but stable condition in hospital last night after being found with a serious head injury on a footpath in Cookstown.

The injured male was discovered by Police shortly after 2am on Sunday where Chapel Street meets Loy Street in the town.

Police officers provided first aid at the scene before paramedics arrived and took him to hospital.

A man in his 30s arrested as part of the investigation was released on bail yesterday, Monday, pending further Police enquiries.

“Police attended the scene, and officers administered advance first aid prior to the arrival of the Northern Ireland Ambulance Service who subsequently transferred the man to hospital,” said Detective Sergeant McGale.

“Our officers remained on scene yesterday morning [Monday] carrying out their enquiries as we work to establish exactly how the victim was injured.

“We are keen to speak to anyone who believes they may have seen the victim prior to when he was discovered injured.

“I would also appeal to anyone who was on Chapel Street prior to, or around the time the report was made to us, or anyone who was driving and may captured what occurred on their dashcam to get in touch with us.”

“I would appeal to anyone who has any information, no matter how insignificant you think it may be, to call our detectives on 101, quoting reference number 247 of 24/11/19. It could help us establish exactly what happened to this young man.”