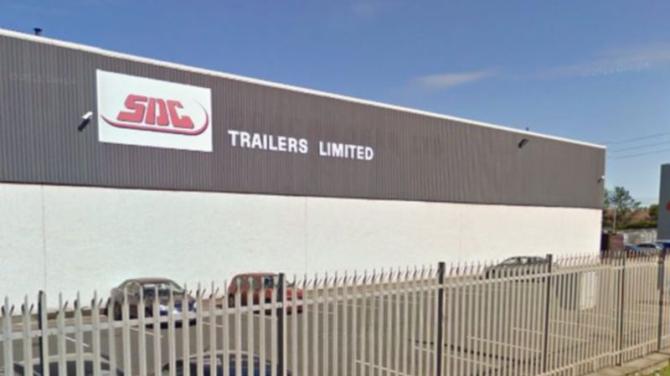 THE future of staff based at SDC Trailers’ Mid-Ulster bases remains up in the air, over two weeks after the manufacturing
firm announced job cuts at its sites in Northern Ireland and England.

SDC, which produces lorry trailers, is to cut its 800-strong workforce across plants in Toomebridge, Magherafelt, Antrim and Mansfield.

However, the number of jobs at risk will not be known until consultations between management and staff are completed.

The company, which was sold to Chinese group CIMC Vehicles in 2016, employs 650 people in Northern Ireland and a further 150 in Nottinghamshire.

In a statement, SDC Trailers said uncertainty around Brexit means customers aren't buying as much equipment.

“In recent months, it is clear that the uncertainty of Brexit and other economic concerns have resulted in a slowing down of capital purchases from retailers, logistics firms and others.

“We have had to respond to this slowdown in demand by entering into a period of consultation with our employees with the unfortunate likely outcome being a number of employees being made redundant.

“We are unable to confirm numbers at this stage as the consultation process is still ongoing with our workforce.”

“This is yet another example, if it was ever needed, of the damage that Brexit and ongoing uncertainty will do to our local economy,” he said.

“I have spoken with company management and I will continue to engage with them over the coming weeks, and with the workers affected by the announcement.”

He continued: “I will be engaging with trade union colleagues during the consultation process to ensure that the staff are supported.

“This is a significant blow for Toomebridge and we have to do all we can to ensure further opportunities are made available for the staff in the immediate future.”