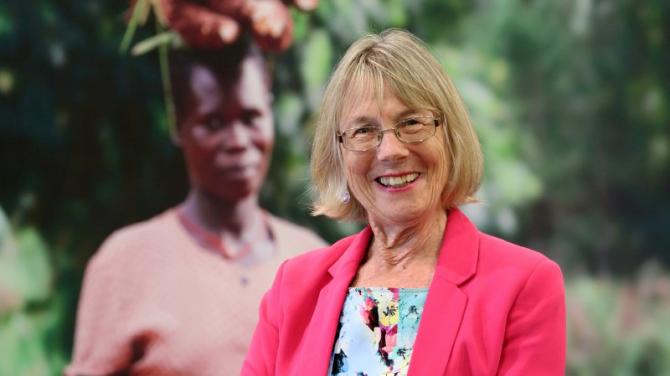 CLONOE woman Sally O’Neill Sanchez, who tragically passed away earlier this year, is among the 10 recipients of this year’s Presidential Distinguished Service Award for the Irish Abroad.

The former Trócaire staff member died alongside three of her colleagues while on a working trip in Guatemala on 7th April.

Sally joined Trócaire in 1978 and dedicated her life to working with the poor, the marginalised and victims of human rights abuses

Sally worked primarily on Trócaire projects in Latin America but she was also involved in providing famine relief in Ethiopia in the mid-1980s and established Trócaire’s programme in Somalia in the early 1990s in response to a famine there.

Prior to her retirement, Sally was Trócaire’s Head of Region for Latin America based in Honduras.

Sally was awarded the Hugh O’Flaherty Humanitarian Award in 2011 for outstanding humanitarian work and was conferred with an honorary Doctor of Law degree by the University of Ulster in 2017.

In 2012 President Higgins appointed Sally to the selection panel for the Presidential Distinguished Service Award for the Irish Abroad.

And now the awards have posthumously recognised her in the Peace, Reconciliation and Development category at the Presidential Distinguished Service Awards for the Irish Abroad for 2019.

“It is a fitting honour for her to receive this award posthumously. She worked tirelessly with Trócaire for 37 years, dedicating her life to improving the lives of others. She was a courageous and passionate advocate for justice and human rights.”

At Sally O’Neill’s memorial service earlier this year, President Higgins spoke, praising her lifetime of dedication to working with the marginalised and oppressed.

“She was the greatest gift that Ireland gave to the Latin world in contemporary times,” he said.

“Sally did not just speak of how we should treat our fellow citizens with dignity and respect, she showed so many how to do it.”