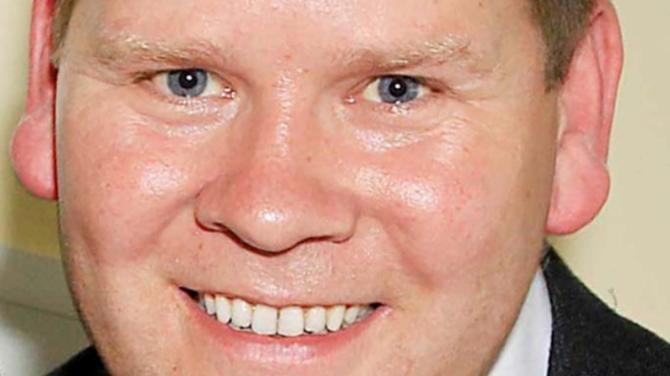 A DUNGANNON primary’s principal has claimed the industrial action being carried out by teachers in Northern Ireland is having a “detrimental” impact on schools and leading to “friction” in staffrooms.

Head of Dungannon PS, David Thompson is becoming increasingly concerned about the apparent lack of progress with negotiations between local teachers’ unions and management.

Many teachers across the Province have been engaged in industrial action, short of strike, since January 2017, over long running disputes on pay and workload.

Mr Thompson believes that the current form of industrial action serves only to disrupt the day to day running of schools and fails to address appropriately the major issues of workload, school budgets, current assessment procedures, class sizes and accountability.

“Industrial action is designed to be time-bound and designed to have an immediate impact. Its purpose is to kickstart negotiations between unions and management side with a resolution being sought quickly and members then withdrawing from their industrial action. Almost three years of industrial action suggests that the current stance is not having the desired outcomes,” he told the Courier.

“Within many schools across Northern Ireland some teachers now refuse to attend staff meetings, engage in the Performance Review & Staff Development Programme (PRSD), offer parent interview sessions outside pupil contact time, refuse to return monitoring information to the Department of Education (DE) and will only provide after school clubs if they believe it does not impact negatively upon their workload.”

Mr Thompson, who is the former president of the Ulster Teachers’ Union (UTU), claims that the majority of these actions are having a detrimental impact upon the day to day running of schools and, in some cases, leading to friction within staffrooms.

And he is now calling all teachers’ unions to make a bold statement and confront the Department of Education rather than “attacking leadership roles within our schools”.

“I have had numerous conversations with my union and I have encouraged them to review their current stance with industrial action,” he added.

“Unfortunately, the current practice of some teachers cannot be allowed to become the new norm. Principals are ultimately accountable for the inner workings of the school for which they are responsible. Obstacles have been established due to industrial action, with the result that quality assurance and accountability are not what they once were.

“As we approach another election, it is time for us to encourage our local representatives to get Stormont up and running and to address the remaining unresolved issues between our trade unions and management side for education.

“It is time to allow school principals to manage their schools effectively and to ensure that the children and young people within these schools will achieve their full potential, being equipped with the necessary skills for post-primary education, third-level education and/or adult working life.”

On 12th June, a joint statement was issued from management side of the Teachers’ Negotiating Committee (TNC) and the Northern Ireland Teaching Council (NITC), announcing they had secured an agreement, in principle, which had the potential to end the long running industrial dispute, however, five months on and the issues remain unresolved.

Justin McCamphill, National Official for Northern Ireland of teachers’ union, NASUWT, said the industrial action is not the fault of teachers, but as a result of systematic underfunding of education.

“The blame for the current situation in Northern Ireland schools lies firmly with the austerity policies of the Westminster government. Schools have more pupils than in the past but fewer teachers,” he commented.

“The industrial action undertaken by teachers across Northern Ireland is the symptom not the cause of the problem.”

Mr McCamphill vowed that the union will continue to protect the interests of their members and ensure their workload is managed appropriately.

“Friction is happening at school level as teachers are feeling pressurised to work beyond the terms of their contract and are using the NASUWT Industrial Action to seek some measure of a work-life balance,” he continued.

“The NASUWT is currently engaged with the Department of Education in relation to pay and workload and are seeking a resolution which puts money in our members’ pockets and allows their workload to be managed within the terms of the contract.

“The NASUWT recognise the challenges which school principals face but we cannot accept that our members will be stretched further and further as class sizes and teaching hours increase.

“The NASUWT has highlighted the funding issues facing schools in Westminster and in the Northern Ireland Assembly. Our focus is on the Department of Education but we must protect the interests of all our members, including our principal members, until the government adequately funds education.”

Last month, the members of a union representing many school principals in Northern Ireland became the latest to take industrial action.

The National Association of Head Teachers (NAHT), who represents principals and vice-principals in about two-thirds of schools in Northern Ireland, announced the move following support in a ballot in September.

The NAHT move means that all five main teaching unions in Northern Ireland are now engaged in industrial action.

“Following representation over these past two years I am very aware of the great difficulties principals have in managing school budgets, in relation to the ever increasing price of necessities in schools such as heating and lighting together with the increased costs of classroom materials with no cost of living increase in the school budgets, together with the industrial action in schools, again brought about by budget restrictions regarding the review of teachers pay,” said the Fermanagh and South Tyrone representative.

“The funding problems in our schools are causing insurmountable pressures, yet in the absence of a local minister or functioning assembly the problem will only continue to get worse and this is something that the NI Affairs committee have quite rightly recognised.”