Elliott gets UUP nod for FST 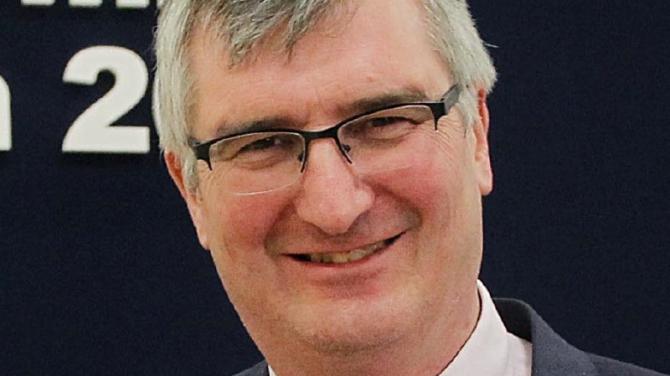 TOM Elliott has been unanimously endorsed as the Ulster Unionist Party’s Fermanagh and South Tyrone candidate ahead of the December 12 General Election.

He faces a battle to unseat former Sinn Fein MP Michelle Gildernew but the DUP has said it will not contest the constituency to give a unionist the best chance of winning.

Arlene Foster said her party "believed in unionist cooperation" and putting the “wider interest” ahead of “narrow party politics”.

A unionist pact helped secure the seat for the UUP's Tom Elliott in 2015, but he lost it to Ms Gildernew two years later, losing by 875 votes.

In 2010, Michelle Gildernew won the seat by just four votes in a contest with Independent Unionist Rodney Connor.

Speaking after being named as the only candidate at a selection meeting in the constituency on Thursday night, Mr Elliott said: “It is an honour to be selected as the Ulster Unionist candidate for Fermanagh and South Tyrone.

“This is an area I have previously had the privilege to serve as a councillor, MLA and MP.

“This will be the most important General Election in generations.

“The MPs elected on December 12 will have a decisive role in shaping the UK’s future international and domestic direction for many decades to come.

“Brexit is the defining issue of the period. I believe a bad Brexit deal would be just as damaging, both economically and constitutionally, as a no-deal.”

The Ulster Unionist Party, in turn, has said it will not contest the election in North Belfast where DUP MP Nigel Dodds faces a strong challenge from Sinn Féin.

But, in a statement, Mr Aiken said: “In the face of Boris Johnson's terrible deal which forces Northern Ireland towards the edge of the union, we cannot gift a seat to Sinn Féin, who support this direction, either in North Belfast or Fermanagh and South Tyrone.”