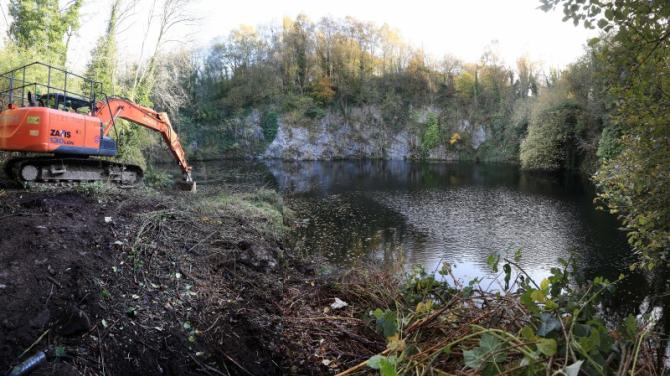 DETECTIVES investigating the murder of missing Omagh woman Charlotte Murray are to begin searches for her body this week at a flooded quarry in Benburb.

Charlotte Murray, who was last seen by her family and friends seven years ago, is believed to have been killed sometime between 31st October and 1st November 2012, but her body has never been found.

At the time of her disappearance, Ms Murray and Miller lived together at Roxborough Heights in Moy.

Yesterday afternoon, Monday, Police investigating her disappearance moved diggers in to clear an area to enable draining of the flooded Maydown Limestone Quarry, which sits adjacent to the River Blackwater.

Detective Chief Inspector Eamonn Corrigan, who is leading the investigation, said: “This week, we are conducting searches in the Benburb area in the hope of finding Charlotte’s remains.”