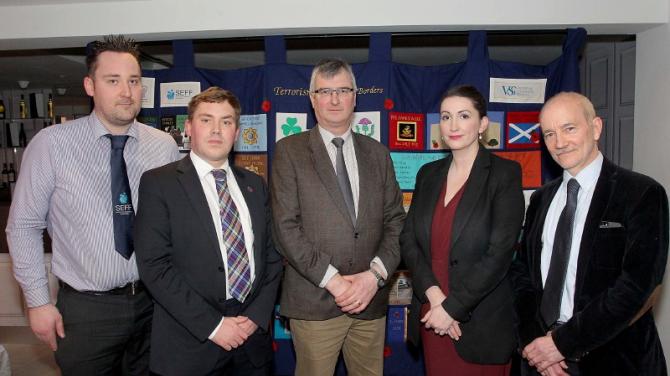 A VICTIMS’ campaign group have welcomed anticipated Government proposals that paramilitaries injured while committing terror attacks will not receive a Troubles pension if they were convicted of the crime.

It is understood the eligibility requirement is how the Northern Ireland Office (NIO) will seek to ensure support is only offered to those injured through no fault of their own.

The Government will be under a legal duty to introduce a victims payment scheme in Northern Ireland by next summer if the Stormont Executive is not up and running again by Monday, 21st October.

Controversy surrounds the issue, with many victims’ groups angry at the prospect of loyalist and republican paramilitaries receiving the same support as innocent victims.

There is understood to be a small number of paramilitaries who were injured while committing terrorist attacks. The Victims and Survivors (NI) Order 2006, the legislation that defines a victim of the Troubles, makes no distinction between paramilitaries and innocent victims.

Victims’ Commissioner Judith Thompson faced criticism in the summer when she proposed that pensions were paid in line with that legislation, with former paramilitaries eligible to apply. However, the Government subsequently made clear payments would not cover former terrorists.

“The UK Government has indicated that they will be bringing forward a pension for the seriously injured, that commitment has been made. It has also been stated within both the House of Commons and the House of Lords that anyone injured by their own hand should not benefit from the pension,” he told the Courier.

“We will be holding the Government to this position when the schedules connected with the legislation are drafted. The position reflected by the NIO yesterday and which was reported upon is merely a confirmation of that position.

“We welcome this commitment which follows a recent meeting we held with Minister of State for Northern Ireland, Nick Hurd MP which covered these issues in considerable detail.

“Those innocents injured through no fault of their own have waited decades to receive effective reparation and many are within our organisation and the wider IVU umbrella grouping.

Mr Donaldson continued: “We also will continue to lobby strongly for reparations for widows/widowers and others bereaved, for the displaced often forced from their homes and farms through a campaign of sectarian/ethnic cleansing of particular areas and we also insist that Government does the right thing in restoring the War Widows Pension to those it stole it from upon them having remarried.

“We will also continue to work closely with colleagues in policing, the military and the prison service to ensure that any unfinished business of reparation and access to services is resolved to their satisfaction.

“We do however renew our call for the development of an Appeals mechanism for those individuals who were involved in Terrorist or Troubles related criminal activity (whether pre or post them suffering their own connected injury) to determine whether they have contrition for their crimes, to establish their willingness to assist victims of their crimes etc. There is a great deal of detail to be worked out as part of the content of the schedules.

“Let us be clear; all citizens of this nation, irrespective of who they are have access to Health and Welfare services. What is being proposed is a special pension for victims - not perpetrators. The UK Parliament must see through the commitment it has made and that means, perpetrators not receiving a special Pension intended for innocents," concluded Mr Donaldson.

It is understood proposals being drawn up by the NIO will not use the 2006 Order’s definition of a victim. They will instead include an eligibility criteria automatically ruling out anyone who received a conviction for the incident they were injured in.

That still leaves questions over the status of injured paramilitaries who were not convicted.

The Government will assume a legal duty to draw up and introduce the scheme if Stormont is not restored later this month. It will be required to be implemented by the end of May 2020.

There are plans for a public consultation exercise on the proposals in the coming weeks.

A NIO statement said: “Legislation would then be put before Parliament by the end of January and the scheme would open for applications once practical arrangements have been made.

“We would intend this scheme to support people seriously injured in Troubles-related incidents through no fault of their own.

“If the Executive is not restored by 21 October, we will provide more information on the consultation shortly.”