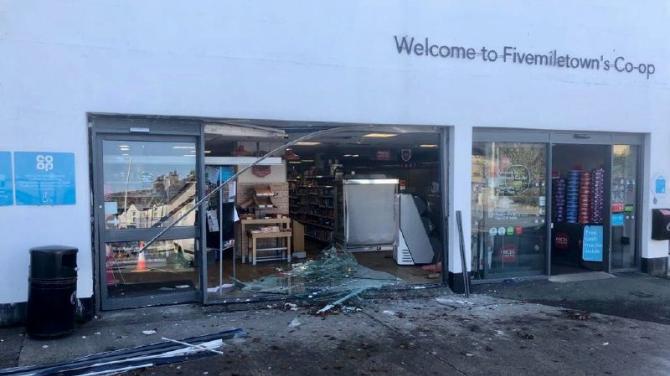 POLICE are appealing for information after a van rammed the front of a Fivemiletown shop in the early hours of Friday morning in an attempt to steal an ATM machine.

An attempt was made to steal the cashpoint from inside the Co-op store situated on Main Street in Fivemiletown at around 2.15am.

According to Police a white transit type van is believed to have rammed the premises several times causing damage to the front of the shop and the ATM inside.

However, no money was taken during the incident.