Clogher recycling centre to be replaced by recycling banks 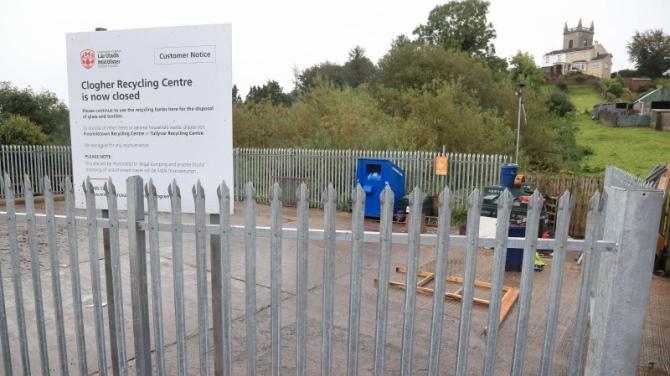 THE recycling centre is Clogher is to be replaced by a set of recycling banks, following a decision by Mid-Ulster District Council.

The recycling banks are to be installed following a review of the existing site.

In addition, the annual throughput of 251 tonnes and a recycling segregation rate of 38 per cent means the centre has the lowest performance of all 12 of the sites operated by the council.

Chair of the Council’s Environment Committee, Councillor Wilbert Buchanan, said: “Removing the risk associated with the existing site, while continuing to ensure that there is recycling provision via the banks for glass and textiles, is a balanced decision which means local people have the banks in the centre of the village, with access to larger facilities in both Fivemiletown and Tullyvar which are both short distances away.”

This course of action has not gone down well with at least one resident, John Robinson.

Speaking to the Courier John said: “The last time they tried to do this we got a petition together to keep it open.

“Closing it like this, without prior warning, was a dirty thing to. That is three services Clogher no longer has, a GP surgery, public toilets and now a skip.”

For further information about recycling in Mid-Ulster, visit www.midulstercouncil.
org/recycling.