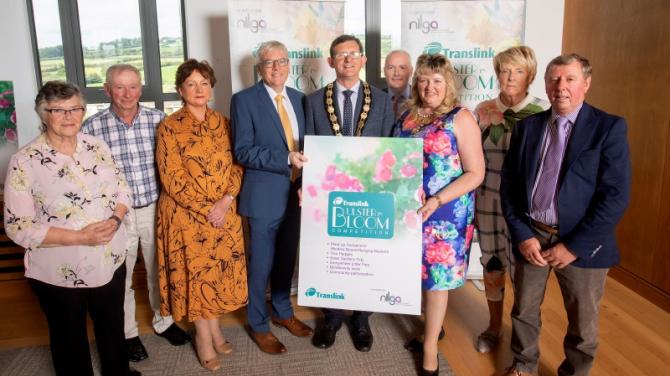 THREE Mid-Ulster villages and one town have scooped a staggering eight awards between them, at the 2019 Ulster In Bloom competition.

Donaghmore retained its title, winning the Village category with Castlecaulfield as runner up for the second year in a row, at the annual horticultural competition.

Stewartstown in its inaugural year received the Most Improved Village award, as well as Large Village runner up, and Magherafelt took home its first award, receiving runner up in the Town category.

On hearing the announcement, Chair of Mid-Ulster District Council Councillor Martin Kearney, said: “The success awarded to Mid-Ulster in this year’s Ulster in Bloom competition is an incredible achievement. With eight awards received across the district including, first place in the Village category, and runner up in the Village, Large Village and Town categories, it really is something to be proud of.

“This fantastic result is a testament to the hard work and commitment of all those involved from council staff to local communities, who dedicate so much time to making our villages and towns look so impressive.

“Special congratulations must go to Stewartstown who picked up the Large Village runner up award and Most Improved Village award, in its first year of taking part in the competition, and of course to Donaghmore for claiming the top spot in the Village Category for the 2nd year in a row.”

This is the 21st year of Translink’s sponsorship of the competition.

Councillor Frances Burton, President, Northern Ireland Local Government Association, said: “As NILGA’s President, I would like to thank everyone who supports Translink Ulster in Bloom for championing the ‘In Bloom’ message of councils, local committees, residents and businesses, coming together to take pride in the places where you live and work, creating a better environment for everyone to share.

“Congratulations to everyone involved for your ongoing support and enthusiasm.” said Councillor Burton.