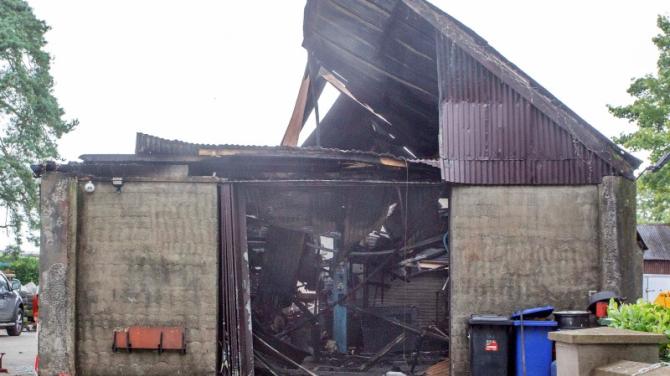 A BALLYRONAN business premises has been left in ruins after it was the target of an arson attack in the early hours of Thursday morning.

Police received a report of a garage on fire on the Oaklea Road area of the village around 3:40am. It was reported that three men were spotted in the area at the time of the fire.

One vehicle was inside at the garage at the time and has been left badly damaged. Much of the interior of the premises has also been gutted due to the blaze.

Police told the Mid-Ulster Courier yesterday, Monday there had been no arrests made over the attack and appealed for anyone with information to come forward.

“Enquiries are continuing and we would appeal to anyone who saw anything suspicious in the area at the time of the incident to contact police on 101, quoting reference number 180 29/08/19,” said Sergeant Wickham-Thomas.

Alternatively, information can also be provided anonymously to the independent charity Crimestoppers on 0800 555 111.