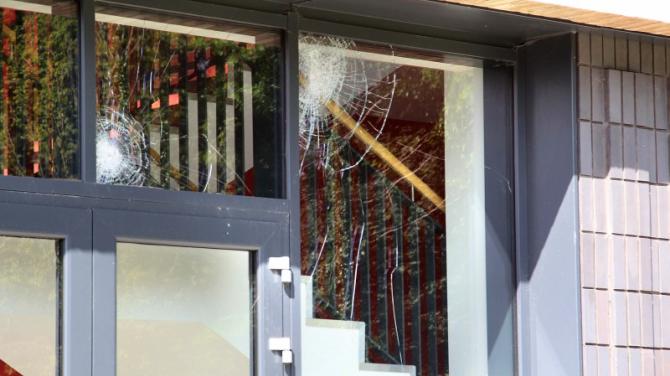 FOLLOWING further reports of criminal damage to a premises at The Junction in Beechvalley Way exactly one month after the first reported incident, Police say the attacks may be linked.

A spokesperson for the PSNI said: “There have been two separate incidents which occurred on 10th July and 10th August. In both incidents, several windows of a commercial premises were smashed causing an estimated £5,500 worth of damage.

“Both incidents are reported to have occurred late in the evening and at this time we believe they may be linked.”

The Junction building houses the not-for-profit community development organisation, South Tyrone Empowerment Programme (STEP), which provides welfare, benefit and migrant support services, and is home to the charities, Willowbank, a day facility for adults with disabilities, and Inspire, a mental health organisation.

Speaking about the incidents the centre manager for The Junction, Fintan McAliskey said: “It seems that this year we are having a run of bad luck.

“The windows in Willowbank were broken in July so it is disappointing for their service users that they can’t see out of their windows now because they have been shattered.

“Our main problem at the moment is trying to find a supplier who can fix the windows, which are quite big, as the local supplier we previously used has closed their business.

“The chances are the costs will be higher as we have to go further afield.”

Police are also appealing for witnesses to come forward.

“Police are appealing for anyone who witnessed these incidents or has information to contact Police in Dungannon on 101 quoting reference number 822 of 12/8/19.

“Alternatively information can also be provided to the independent charity Crimestoppers on 0800 555 1111 which is 100 per cent anonymous and gives people the power to speak up and stop crime.”

Fire Crews were also tasked to the old Railway platform behind the Junction last Tuesday night (13th August) after a fire was started there.

Police are examining CCTV footage from premises in the area.