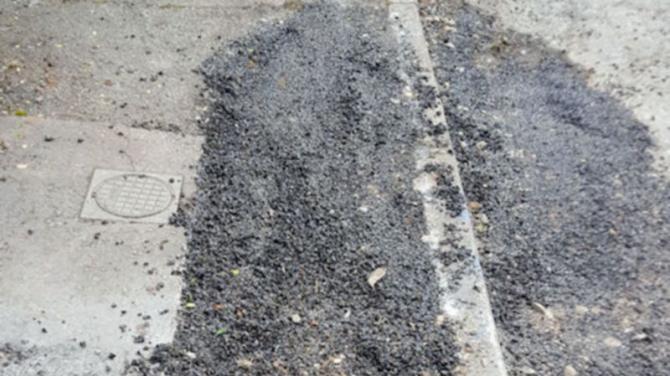 RESIDENTS in Moygashel are up in arms following roadworks in a section of the village.

According to locals, work was carried out at the entrance to Prince Andrew Crescent last week and they have slammed the workmanship and the state in which the roadway was left.

Stated one resident who did not wish to be named: “Workmen dug up the roadway at the corner of Prince Andrew Crescent last week and they left it in an awful state.

“When they completed the roadworks and left the scene, the state of the roadway was unbelievable.

“The tarmac was very uneven, the roadway was dirty and anyone walking past had their shoes covered in dirt, which inevitably would be carried into homes.

“Pedestrians could very easily trip, such is the state of the road and footpath and some, residents' cars were covered in dirt.”

Concluded the resident: “We do not know if the work is completed or if the workmen plan to return.

“To behonest, this is no way to leave a roadway and many residents in Moygashel are angry and disappointed that their village should be left in such a state.”

The Courier contacted NI Water who said the works were temporary.

“This proved particularly difficult to find and as a result, a number of excavations were required.

Added the NI Water spokesperson: “NI Water would like to thank local residents for bringing this matter to our attention and for their ongoing support in reducing leakage.