Stangmore Park and Ride a 'top priority' for roads officials 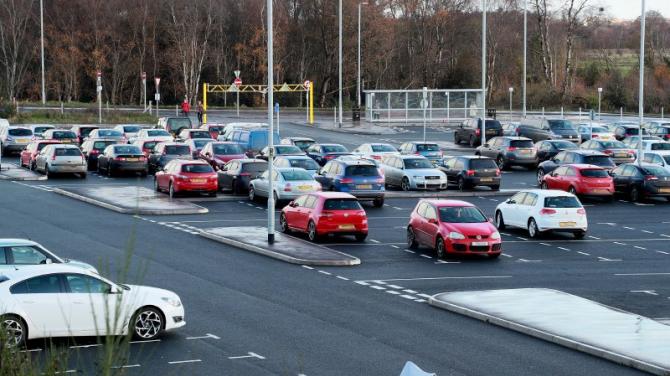 PLANS to develop a park and ride facility at Stangmore roundabout in Dungannon are now considered a ‘top priority’ the Department of Infrastructure has confirmed.

At a meeting of Mid-Ulster District Council last month Acting Divisional Roads Manager for the Western Division presented a report to Council outlining the Departments plans for the year ahead.

In the section of the report that deals with Park and Ride facilities, the report states that an options study is to be conducted for a Stangmore Park and Ride on the A29 Moy Road, Dungannon.

The proposal has been oft discussed througout the years but proposals have never come to fruition.

It is understood that issues surrounding the Department’s purchase of suitable land in the area is the reason that no park and ride facility currently exists at the site.

When asked what stage the project was now at, a spokesperson for the Department for Infrastructure told the Courier confirmed that the Department is currently in the process of identifying a preferred site.

”An Options Appraisal Report was completed in March 2019 for potential Park and Ride sites throughout Western Division and reaffirmed that a site in the vicinity of Stangmore Roundabout is a top priority.

”A further commission is now underway to identify the specific preferred location for a site at Stangmore Park.”

Speaking about the proposals, Dungannon based Councillor Walter Cuddy explained the need for such a facility.

”I think there is certainly a need for a Park and Ride facility at the Stangmore Roundabout, you only have to look at the amount of cars parked there on a daily basis to see that a facility would be of benefit.

”However, the problem remains the site, the Department need to identify a good site that is available. Everything identified so far has presented a problem in one way or another, but hopefully something will be found soon and these proposals can move forward swiftly.

”It can only be seen as good news that the Department are treating this project as a ‘top priority’.

“I do think there is an opportunity there for investment in a park and ride facility to make a real difference to that area of the town and the lives of those who will avail of the service provided.”