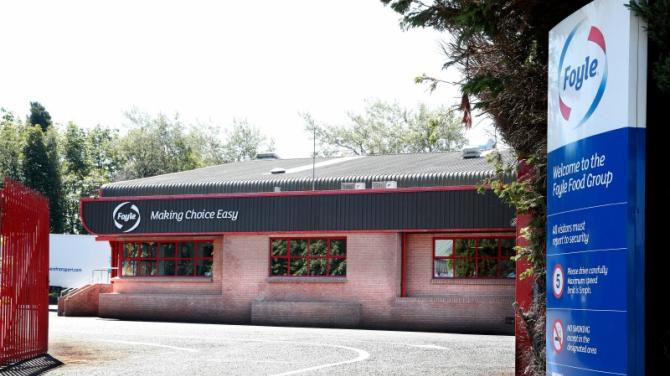 A CROSS-party group of representatives from Mid-Ulster District Council have met with management of the Foyle Food Group (FFG) to discuss the proposed closure of its red meat processing plant in Cookstown next month.

The plant, located in Derryloran Industrial Estate, put all of the processing facilities’ staff on 30 days’ notice on 25th June and FFG revealed it would close “on or by” the end of August.

The council arranged the meeting with the company to find out what can be done to save jobs of the 89 staff at the plant, and if the group could help retrain those who have lost their job.

FFG said in a statement following the announcement that it hopes to redeploy as many of the workers as possible.

Despite being given assurances over the redeployment of workers, Cllr Wilson said the downside was still that Cookstown was losing jobs.

“The closure is a blow to the workers and to Cookstown as a whole,” he said. “The local economy cannot afford such a loss.”

DUP MLA Keith Buchanan added it was devastating news for the workers.

“I met the management on Monday to discuss this announcement.

“Foyle Food Group Limited is a successful company, therefore, this announcement is disappointing for the Cookstown area,” he said.

“I understand the company carried out a review and are attempting to consolidate operations into their more modern plants where they have made significant investment in recent years.

“If this proposal goes ahead it will affect up to 82 employees in Cookstown although the company has said they will try to redeploy employees, where possible, amongst their other facilities.

SDLP MLA Patsy McGlone said it was concerning that the announcement appeared to have been made without consultation with the workforce.

“I will be meeting with the management of Foyle Food Group this week and I have also separately requested an urgent meeting with senior representatives from Invest NI,” he said.

“Whether or not those employees are offered positions elsewhere by the company this represents a loss of 82 jobs the local economy and no future investment in Cookstown by the Foyle Group.

“In the absence of a functioning Executive there must be departmental responses to this proposed closure to ensure that any employees unable to be redeployed by the company are assisted in finding new employment as quickly as possible.”

One production line worker, who did not want to be named, told the Courier after the decision that the announcement came as a “bolt from the blue” for the staff.

He explained how orders were still coming in and there was no suggestion jobs could soon be lost. “In the last few weeks everything had been going great,” he said.

“A fortnight ago they were giving notice of an increase in the need for production and telling us that overtime might be required. Two weeks ago they said we had reached max output and three new workers had just started last Tuesday morning.

“Then two of the company’s directors turned up.

“They told the factory manager what was happening, then half an hour later, one of the directors gathered all the production workers and bunched them into a corner of the factory floor while the other director went to talk to office staff.

“We were told that unfortunately, the board of directors had come to the decision to close the plant down.

“We where then told not to worry as we have another 30 days of work.

“They said they were sorry about this and that was it, there was no reason offered for the decision.”

No questions were taken from the floor and workers were not allowed to go home for the rest of the day to collect their thoughts, with many, if not all staff, left in a state of shock.

To add to the bad news, 53 of the 89 employees were also informed they were not entitled to redundancy payments as they had not been with the company for long enough.

“Some people have been here all their lives, it is scandalous,” one of the workers told the Courier.

“There are 89 staff here and the company has said they hope to relocate people but that is not likely. It looks like there will only be 15 jobs available and no posts for any of the office staff or management at this factory throughout the rest of the company.

“We have also been told that 53 of the staff are not entitled to a pay out as they have not been at the company long enough to be worthy of redundancy.

“There is a shocking lack of support for those of us who have lost our jobs.”

The worker was also keen to note how these job losses will have a wider impact on the local community.

“The East Timor workers are talking about moving back home and, if the local lads don't find jobs, the people who look after their kids now will also be out of jobs.

“Staff morale is, unsurprisingly, at an all time low. Some people are still in disbelief and we have to work for the rest of July. We feel we have been let down by the company.

“One of the staff had just returned from maternity leave the day of the announcement. Her mother has given up her job to help look after her child and now she is out of a job too.

“The way this has been handled is a kick in the teeth to those who have been very loyal to this company throughout the years.”

In a statement, a spokesperson for the Foyle Food Group confirmed plans to close the facility.

“We regret the decision to close the Cookstown facility, but this is a necessary consolidation of the group’s operations across our larger and more modern UK facilities, where we have made significant investment in recent years,

“Focusing processing at these sites will allow the group to remain a market leader within the competitive red meat sector.

“We understand the impact this proposal will have on our Cookstown workforce.

“Consultation with staff will begin immediately and we hope to redeploy as many as possible to our other plants."

“FFG will not be issuing any further statements at this time.”

The business has operated in Northern Ireland for more than four decades and has 1,300 staff across the UK and Ireland.