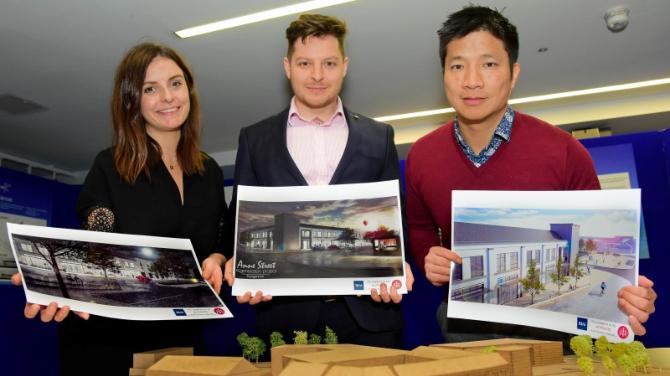 A YEAR on from the reveal of exciting plans to transform Dungannon’s Ann Street a wall of silence is once again enveloping the proposed project.

In June last year, developers Moorfield Group set out proposals at a Council meeting to develop an exciting mixed-use scheme on the site that has lain vacant for more than 30 years.

However, when contacted by the Courier last week, a spokesperson for Mid-Ulster District Council said: “No planning application has been formally submitted as yet for the Ann Street Development.”

No explanation for delay in the application was provided by the project’s Development team officer, Arlene O’Connor who told the Courier: “I have no update on this at the moment.”

The £10 million plans were shown to the public at the start of November 2018 with the area set to be transformed into a mixed-use development including a hotel, retail units, car parking and a public realm.

It is understood that work on the project, if it gets planning approval, will create 80 construction jobs.

Speaking at the public consultation in November, Moorefield Contracts Ltd Director, Tony Wan confirmed his company are already financially committed to the project.