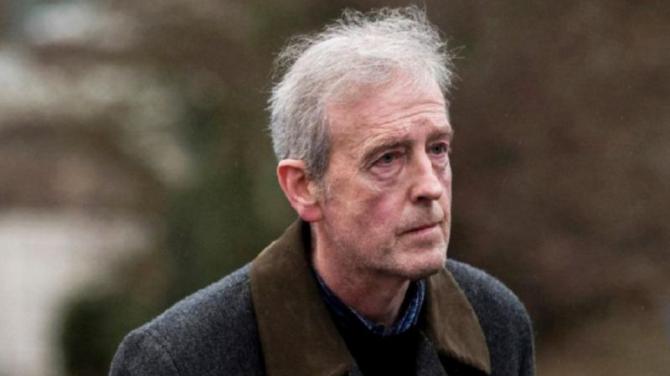 GREENVALE Hotel owner Michael McElhatton has been released by Police pending a report to the Public Prosecution Service, after being questioned over the deaths of three teenagers at his premises on St Patrick's Day.

Morgan Barnard, 17, Lauren Bullock, 17, and 16-year-old Connor Currie were crushed to death while queuing to enter the Cookstown venue for a disco.

Following the tragedy, Mr McElhatton, 52, and a 40-year-old doorman were arrested on suspicion of manslaughter and later released pending further investigation.

Mr McElhatton, however, appeared at Dungannon Magistrates Court on Wednesday, 19 June, when Police were granted an additional 36 hours to question him in connection with the deaths.

A 39-year-old man also voluntarily attended Dungannon Police Station on Wednesday to be interviewed in relation to the same investigation.

In a statement released on Friday night, a PSNI spokesperson said: “A 52-year-old man arrested by detectives investigating the deaths of three teenagers at the Greenvale Hotel in Cookstown on Saint Patrick’s Day has been released pending a report to the PPS.”

Police and Mid-Ulster District Council are carrying out separate investigations into the incident at the hotel. The Police Ombudsman is also investigating the initial response by the PSNI.

It has emerged that the first officers left the scene for 16 minutes before returning to the hotel grounds. Police confirmed they withdrew to wait for support from colleagues.

It has since been reported that the first responders were aware that a person was “trapped” at the hotel, where more than 600 people had gathered outside.

Solicitor Darragh Mackin, who represents the parents of Morgan Barnard, said the new information added weight to calls for an independent investigation.

“Our clients are naturally shocked to learn that the police had reports of someone trapped, yet decided to leave the scene. This recent revelation, coupled with the disclosures made in recent weeks, compels the need for an independent investigation.

“There is now a greater need for an independent body to scrutinise the facts, and to come to a conclusion which enables the family to understand fully what happened that night, as opposed to the current piecemeal and intermittent disclosures received from a variety of sources.”

The PSNI said last night that because of an ongoing investigation by the Police Ombudsman it would be inappropriate to comment further at this time.

The news comes after Mr McElhatton submitted a planning application earlier this month to bulldoze the hotel on Drum Road and build five detached luxury homes on the site.

However, the site remains a key part of the inquiry and some of the bereaved families confirmed they may take legal action to halt the building’s removal until all investigations are complete.

Following the statements, Mr McElhatton assured the relatives of those who died he will not demolish the Greenvale Hotel until the investigation is concluded.

A spokesperson on his behalf released a statement confirming a planning application had been made “for the redevelopment of the Greenvale Hotel site”.

However, they stated the hotelier has no plans to demolish the venue “for at least four years”. It is currently restricted to hosting only weddings and private functions at the hotel ahead of a full entertainment licence renewal in October.