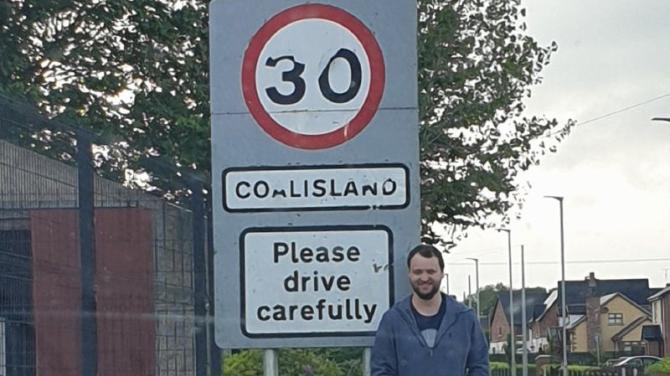 SDLP Councillor Malachy Quinn has welcomed the extension of the 30mph speed limit on the Gortgonis Road.

While the extension had been agreed by DFI almost two years ago the signage never changed despite numerous meetings.

Speaking on the issue Councillor Quinn said: “After 4 years of lobbying DFI I’m delighted that these signs have finally been erected in the right location, this will slow the traffic right down coming into and leaving the canal bridge corner making it safer for residents and users on the road.

“Its been a long time in coming and we had numerous promises from DFI but we have now finally got a result. I appreciate that DFI are understaffed and they are working hard to carry out other work but we got this speed limit agreed to over 2 years ago yet the signs never changed, which meant that speed didn’t change.

Cllr Quinn continued: “I want to thank those residents and canal users that helped me with lobbying DFI and for their patience with what turned out to be a lengthy process.”