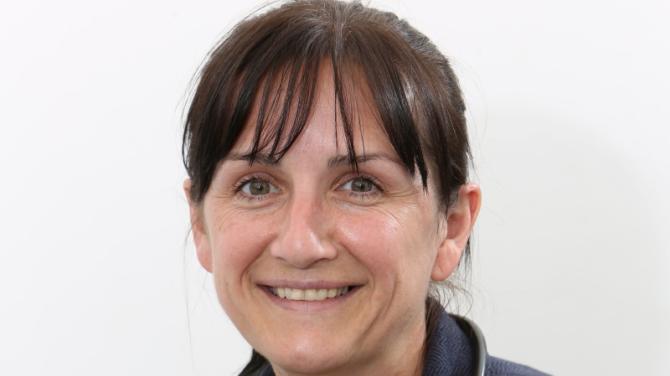 A VETERINARY practice with branches throughout Mid-Ulster and annual profits of over £1million has been sold to a British chain for an undisclosed sum.

Parklands Veterinary Group has become the first Northern Ireland practice to join VetPartners, based in York, which has a chain of over 100 practices and a staff totalling over 4,700.

Parklands is one of Ireland's most successful mixed practices, with sites in Cookstown, Dungannon, Coalisland, Aughnacloy and Portglenone.

All seven directors will remain at Parklands and clients will see little change in the day-to-day running of the Mid-Ulster practice which employs 30 vets in both small animal and farm veterinary work and also covers the Republic.

They see the move as the platform for the next step in the growth of the practice and believe joining a larger veterinary group will enable the practice to evolve at a much faster rate.

The addition of Parklands is a major coup for VetPartners, which is now preparing for further expansion across Europe.

Some of the UK's most respected and trusted veterinary practices are part of VetPartners, which now has 107 small animal, mixed, equine and farm practices, with 4,750 employees working in more than 400 sites and from its headquarters in York.

Andrew Turkington said in a statement: “The veterinary world is changing fast and by joining VetPartners, Parklands Veterinary Group is in a much stronger position to continue to deliver high quality and competitive services and products throughout Northern and Southern Ireland.

“By combining resources with other leading practices within the VetPartners group, we aim to bring consistency and excellence within the business.

“Parklands directors believe that VetPartners is the veterinary group of choice that will provide a secure and supportive home for all its employees and continue to develop excellence for its clients. With the help and resources of VetPartners, Parklands will continue to grow and evolve throughout Ireland.

“We welcome other practices from Northern and Southern Ireland to join us and develop a truly staff and client focused enterprise through providing excellence in the provision of animal health. VetPartners is a progressive company, which only allows quality practices to join the group.”

Parklands is unique in having a specialist approach to all species, covering small animals, dairy, suckler, sheep, intensive pig and poultry and specialist breeding service.

To support its growth, VetPartners last year secured the support of leading international investment company, BC Partners, which has Euros 17 billion of assets under management in private equity and credit across the globe.

VetPartners plans to expand across Europe this year and will introduce itself to the French veterinary profession when a delegation, including CEO Jo Malone, attends France Vet at Porte De Versailles exhibition centre in Paris on June 14 and 15.

VetPartners CEO Jo Malone said: “We are delighted to welcome Parklands Veterinary Group to VetPartners as they perfectly sum up the kind of quality practices we want to attract.

“This is our first venture into Northern Ireland and we anticipate it won't be the last.

“We now have some of the best veterinary businesses across small animal, equine, mixed and farm, and the next 12 months will see further growth in each of our species groups, both in the UK and Europe.

“After building up a strong base of small animal practices, we are committed to growing our mixed, farm and equine groups, which will bring benefits of scale, local support for our teams and access to a wide range of excellent specialist services.”

Michael Hamill, Senior Associate at Pinsent Masons, said: “We have seen considerable consolidation in the veterinary sector in Great Britain in recent years, and this deal evidences the potential for a similar trend in Northern Ireland.  Over the years, the Parklands team has developed the business into one of the largest mixed veterinary practices in Ireland and I have no doubt that with VetPartners' support, the business will go from strength to strength.”

Established in October 2015, VetPartners is made up of some of the UK’s most respected and trusted small animal, equine, mixed and farm animal practices.

VetPartners has 107 veterinary practices, with 4,750 employees working in more than 400 sites across the UK and from its headquarters in York. The group diversified during 2018 to include a veterinary nursing school, laboratories, research dairy and locum agency.

Parklands Veterinary Group has five separate species departments, staffed by more than 30 vets. As one of the largest mixed practice in Northern Ireland, its range of services include pets and small animals, farm equine, pig and poultry, specialist breeding services and supply of veterinary medicines and vaccines.

In its most recent company report for the year ending February 2018, Parklands reported profits of £1.2million, an increase of 60 per cent. Turnover was also up 27 per cent to £11.7million, while net assets were £3.2million.

In a strategic report, accompanying the results, the Parklands directors said the results were “good”. But they added that the sector did face challenges, adding: “The availability of qualified veterinary labour has been a particular challenge in the veterinary sector.”