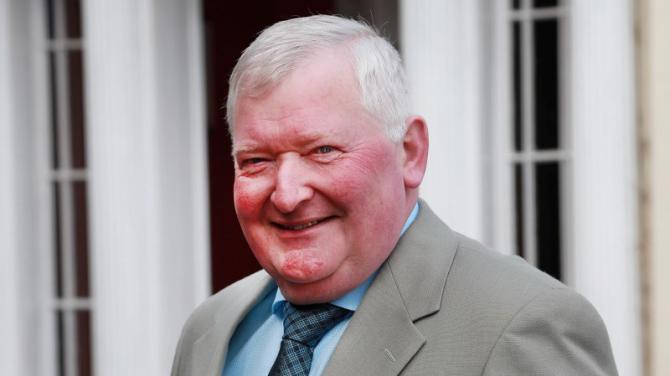 A PILLAR of the Sherygroom and Newmills community, Drew Robinson’s lifetime of community and charity work has been recognised by Her Majesty the Queen.

Drew was awarded the British Empire Medal (BEM) for his services to the community in County Tyrone.

And, speaking to the Courier, Drew expressed his delight at receiving the award.

He said: “It’s not something you are aiming for but it’s very nice to get and I’m chuffed about it, I really am.

“You still think lots of other people are more worthy, but at the same time I’m not going to give it back,” he laughs.

Drew has been involved in a great number of community groups and projects over the years.

He is currently the Chairman of the Private Robert Morrow VC Committee, which has organised a host of community events, which has included the installation of a community garden and a blue plaque, as well as a host of events to commemorate the centenary of World War I.

Drew is a former Worshipful Master of the Bloomhill RBP 1147, just outside Newmills, during which he ran a host of charity and community events.

He also worked within community services for Cookstown District Council, supporting a great deal of community work in that role.

And Drew is a founder member of the 1147ers musical group, along with Trevor Patterson and Sam Greaves, which organises a number of community events and regularly performs in various nursing homes throughout the district.

He has coupled all that with a lifetime of devotion to the family farm at Sherrygroom.

Drew is the husband of Stewartstown native Anne and is the father of five boys, Andrew, Edward, Thomas, John and Adam, and the grandfather of two more boys, Aaron and Ethan.

Indeed, his family line hasn’t seen a girl for more than four generations, with his father having been one of two boys and grandfather one of nine.

And Drew paid tribute to his wife Anne for her support down the years.

“I would have bounced a lot of different ideas off Anne to tell her what I was planning to do and she would never have told me to catch myself on, though sometimes she might have said it sounded like a lot of hard work, and she was probably right! But she has been a tremendous support to me down through the years and I just want to especially thank her for that.”