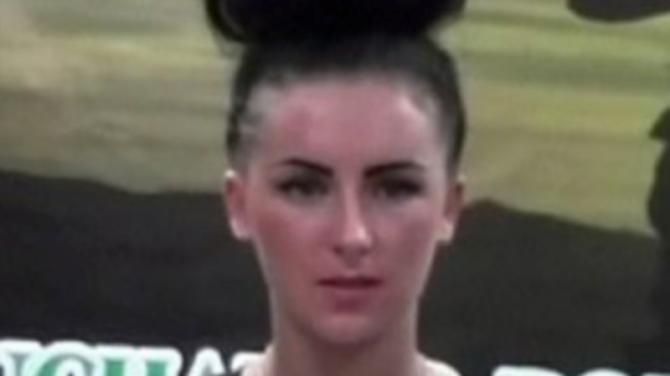 CONVICTED Dungannon drugs mule Michaella McCollum has appeared in Dungannon Magistrate’s Court on a charge of being a restricted driver exceeding 45mph.

The 26-year-old, with an address at Cloneen, appeared in court to answer the charge.

She indicated a guilty plea through her barrister and the court heard that McCollum was stopped by Police driving a Suzuki Vitara on the Annaghila Road near Ballygawley on 23rd March after being detected driving at 84mph.

The road has a speed limit of 60mph, but McCollum was restricted to 45mph as she is still an ‘R’ driver.

The court heard she had only passed her test last July and her licence was crucial as she helped her mother transport her brother to hospital appointments and had given birth to twins last year.

She has also received a conditional offer of pursuing a degree in International Business and Economics, which is contingent on her passing a maths exam she is currently studying for at Belfast Metropolitan College, for which she also needed her licence, her defence counsel said.

McCollum, who was wearing a pink coat, slung over her shoulders, matching pink three quarter length trousers and a white blouse, was silent throughout the sentencing hearing.

District Judge John Meehan endorsed her licence with four points and fined her a total of £165, including a £15 offender levy.

She also failed to produce the paper counterpart for her licence and was suspended from driving until she produces her licence to the court.

McCollum shot to notoriety in 2013 when she was arrested after being caught at Jorge Chavez International Airport in Lima, Peru, along with Scottish woman Melissa Reid, after their luggage was found to contain 11 kilograms of Cocaine.

The pair initially protested their innocence, claiming they had been forced to carry the drugs, but subsequently pleaded guilty and both were ordered to serve six and a half years in prison in December 2013.

However, McCollum was released just over two years later, in March 2016 and returned to Northern Ireland a few months later.