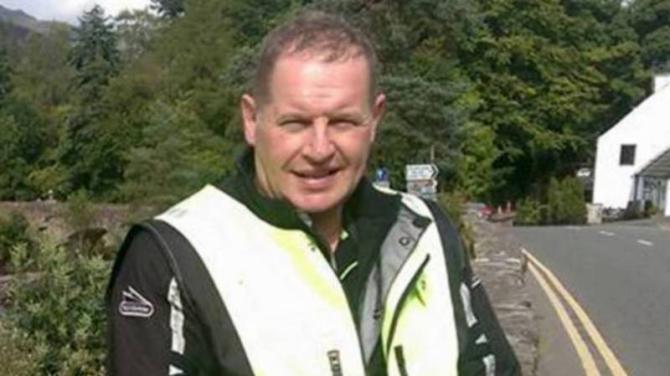 TRIBUTES have poured in for a “hero” firefighter who tragically died after suffering a heart attack while riding his motorcycle on Friday.

David Brown was killed in a one-vehicle road traffic collision whilst off duty at the Magherafelt Road area of Moneymore.

The Northern Ireland Ambulance Service said they had dispatched a rapid response paramedic and emergency crew to the incident, as well as the Air Ambulance, but Mr Brown's life could not be saved.

The 54-year-old served in the Northern Ireland Fire and Rescue Service (NIFRS) for 22 years after leaving his role as a corporal in the Royal Marines.

His wife Geraldine described him as a truly “remarkable and irreplaceable man”.