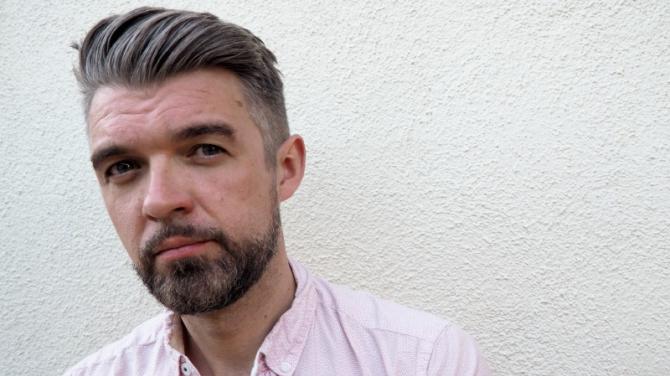 A COOKSTOWN man has been appointed Professor Of Creative Writing at the Heaney Centre at Queen's University, Belfast.

Nick Laird is the son of Alastair and the late Carol Laird and he has just taken up his new position.

Nick is a much-acclaimed poet, novelist, screenwriter and former lawyer.

Aged 43, he has taught at Columbia, Barnard and Princeton universities. Nick studied at Cambridge and Harvard, and worked as a lawyer for many years before leaving to write full-time.

His poetry collections are “To A Fault”, “On Purpose”, “Go Giants” and “Feel Free”.

His other novels are “Utterly Monkey” and “Glover’s Mistake”.

Awards for his writing include the Betty Trask prize, the Geoffrey Faber Memorial Prize, a Somerset Maugham award, the Aldeburgh Poetry Prize, the Rooney Prize for Irish Literature and a Guggenheim Fellowship.

Nick is a Fellow of the Royal Society of Literature and currently a Writer-in-Residence at New York University.

Nick told the Mid-Ulster Courier: “I'm delighted to take the chair at the Seamus Heaney centre and to have a formal relation with such a wonderful university.

“In the meantime, I'll be keeping my job at New York University, where I'm on faculty in the creative writing department and teach on the low residency course in Paris.”

He continued: “ I'll run the Summer school in Belfast and I'm going to be involved in setting up a reading series at the Seamus Heaney Centre for international poets.”

Nick along with wife Zadie and their family (they have a daughter aged 9 and a son, 6) intend to move back to London in a couple of years after 10 years in New York and intends to take on a more involved role at the Belfast centre.

The family already spend a lot of time in Ireland, in West Cork, where they have a cottage on the Sheep's Head, near where Nick's grandmother hailed from.

Nick's father, Alastair, is a native of Ballyshannon, Co Donegal.