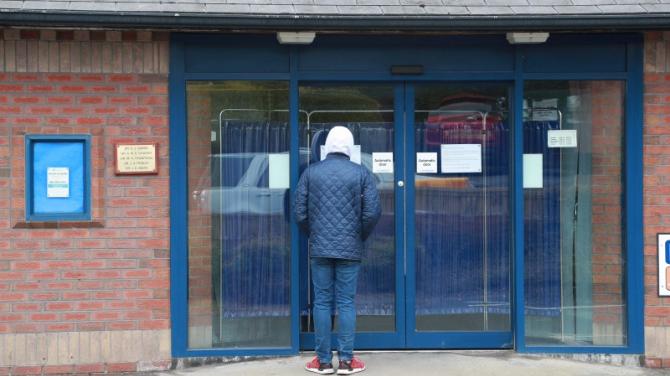 NEWS that Northland Surgery patients are NOW having to attend the South Tyrone Hospital to access their general medial services, has been roundly criticised by local politicians.

It was understood that Drs Harry Wray and Terry Johnston would be taking over the practice yesterday, Monday and the service would operate as normal. However, late on Friday evening a spokesperson for the Health and Social Care Board confirmed the change.

“The Health and Social Care Board (HSCB) would advise patients in Northland Surgery in Dungannon that from 1st April 2019 a new contractor (Drs Wray and Johnston) will take over the provision of General Medical Services,” said a spokesperson.

“We would ask patients to be aware that the GP services will be provided at South Tyrone Hospital on an interim basis from 1st April 2019 and not the current Northland Surgery premises as previously advised.

“The HSCB is very grateful to Dr Wray and Dr Johnston for taking over the care of patients in the practice.

“We would ask patients to support staff during this time of change.

Ulster Unionist Rosemary Barton MLA has provided an update following a full and frank discussion with senior officials of the Health and Social Care Board surrounding and involving the transition of Doctors at Northland Surgery yesterday, Monday.

Mrs Barton said: "The HSCB, while being aware of the difficulties surrounding the lease of the premises, held out hope that the matter would be resolved by the 29th March and are disappointed this was not the case.

"At this meeting, I highlighted the fact that patients were not contacted about the move to South Tyrone Hospital and staff at the Surgery were also left in the dark. The failure to notify patients well in advance has left many, particularly elderly patients, confused as to the status of their appointments. The Board has recognised this anger and wishes to apologise to the patients and staff.

DUP Councillor Clement Cuthbertson was also critical decision and claimed it was yet another example of Dungannon’s urgent need for a medical hub.

"Following the positive and very welcome announcement last month that a new GP provider had been secured and the Northland Surgery saved, this debacle announced on Friday evening is an absolute nightmare for the patients of Northland Surgery,” he said.

“It was brought to my attention approximately two weeks ago that no lease agreement was in place for the practice to continue in the building on Cunninghams Lane.

“I have been in constant contact since that point with the HSCB, insisting that a back up plan needed to be urgently put in place to ensure no gap in service. That back up plan is the GPs being based at the South Tyrone Hospital.

“I can only hope that this is a temporary arrangement. The STH site is already at nearly full capacity.”