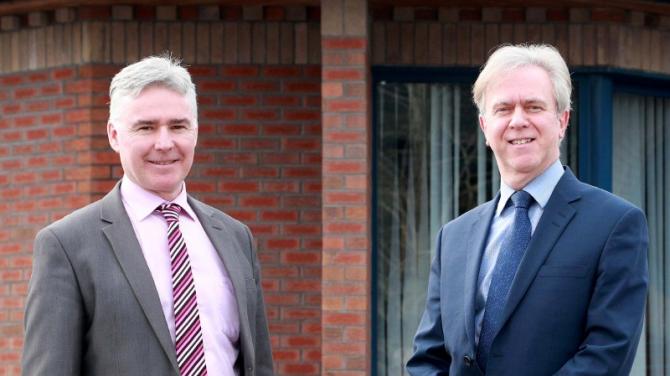 TWO COOKSTOWN doctors appointed to take over the provision of General Medical Services at Northland Surgery in Dungannon say they will continue to work in Cookstown Health Centre.

Dr Harry Wray and Dr Terry Johnston, who are long-established partners in Cookstown Health Centre, take up their new contract in Dungannon on 1st April.

In an interview with the Mid-Ulster Courier the two local doctors said that contrary to rumours, they will NOT be leaving Cookstown Health Centre, but will continue to operate at BOTH health centres, seeking to establish a full compliment of GPs in Dungannon and Cookstown.

The Health and Social Care Board last Wednesday confirmed that it had appointed a new contractor (Drs Wray and Johnston) to take over the provision of General Medical Services at Northland Surgery with effect from 1st April.

Following the news that they had been awarded the Northland contract, both Cookstown Doctors explained why they had taken up the contract and spoke of their plans for the Dungannon surgery, with 9,000 patients and for Cookstown Health Centre, which has 6,500 patients.