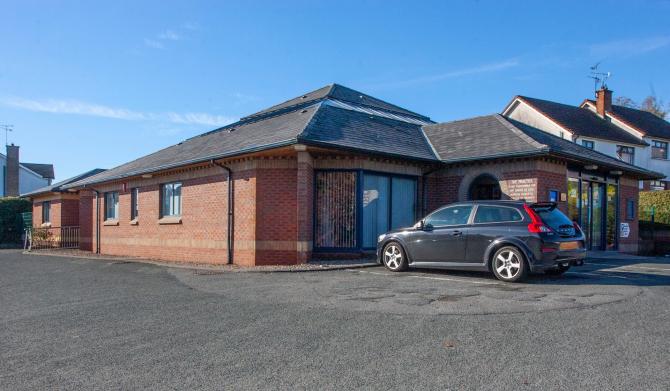 THERE is good news for patients of Dungannon's Northlands Surgery as the Health and Social Care Board (HSCB) confirm that a deal has been reached to secure the surgery's future.

With just six weeks left until the contract providing GP provision at Northland Surgery ends, the Health and Social Care Board has reached an agreement with Drs Harold Wray and Terry Johnston to take over the Dungannon surgery from 1st April.

A statement from the HSCB confirmed that an agreement with the medical professionals had been reached and that under the terms of the agreement, all staff positions at Northlands Surgery had been secured.

"The Health and Social Care Board (HSCB) can confirm that it has appointed a new contractor (Drs Wray and Johnston) to take over the provision of General Medical Services at Northlands Surgery in Dungannon with effect from 1 April 2019," read the statement.

"The HSCB would like to advise all patients of Northlands Surgery who need GP care to continue to contact the practice as normal.

"As with any contract award, these processes often involve discussion, clarification and agreement of terms. It was important for the HSCB to take time to ensure these are in the best interest of the patients and we would like to thank the patients of the surgery for their patience during these negotiations.

"The HSCB will be writing to all patients over the next few days to provide further reassurance to them and inform them of their new GP arrangements.

"The HSCB can also confirm that all staff positions at Northlands Surgery have also been secured as well as the ongoing use of the current premises."