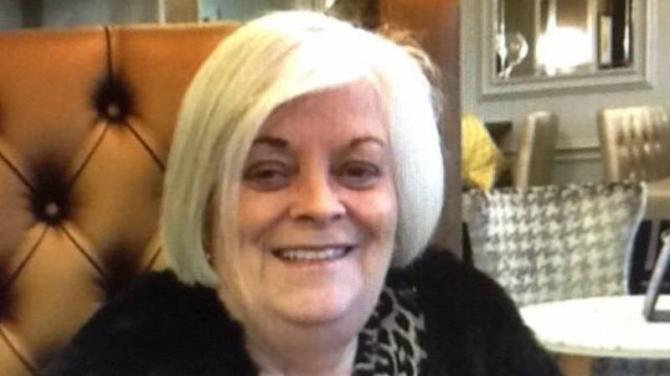 THE funeral will take place today, Tuesday, of a Cookstown pensioner who went missing in the town last week.

Mrs Teresa Keightley, 72, of Forthill Rise, went missing on Monday 3rd December in the area of the Glenavon House Hotel at around 4pm.

Police conducted a search on Wednesday, when her body was discovered in the same vicinity.

Mrs Keightley suffered the loss of her son in a tsunami in Thailand 14 years ago has died.

A statement issued by a spokesperson on behalf of the family described Mrs Keightley as a loving mother, grandmother, great grandmother and sister who would be sadly missed by the family as well as by her large circle of friends.

Continued the statement: “We would like to express our sincerest thanks to all those who helped with the search to find Teresa. In particular we would like to especially thank The Community Rescue Team and the PSNI, whose dedication and professionalism helped us through a very difficult time.

“We would also like to acknowledge the generosity and support shown to our family throughout the week by Fr Boyle Parish Priest, Cookstown and the Rev Francis Coll, Coagh as well as Mr Brian Morris and the staff of the Glenavon House Hotel, Cookstown.

“During the search for Teresa we were inundated with offers of assistance from those within the Cookstown area and beyond and we are eternally grateful for the support shown to us as a family. We are very appreciative of all the messages of support and sympathy we have received to date.”

Her funeral will take place today, Tuesday, from her home at 12.15pm for 1pm Requiem Mass in Holy Trinity Church, Cookstown and burial in Forthill Cemetery.