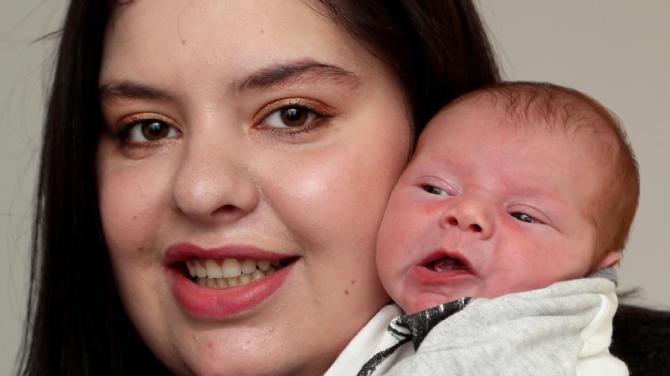 A BUSH granny had a birthday unlike any other as she helped deliver her own birthday present – her grandson!

Melanie Irwin’s daughter Tamara Irwin, from Moy, was expecting  at the end of August and had previously experienced a few false alarms.

On 28th August she experienced pain but thought it was just like the other times. It wasn’t. Stuck in the bathroom, Tamara knew the baby was coming and phoned the emergency services only to be told that all of the local ambulances had been dispatched.

She phoned her mother Melanie from the Bush, who quickly arrived on the scene to help deliver her own grandchild!