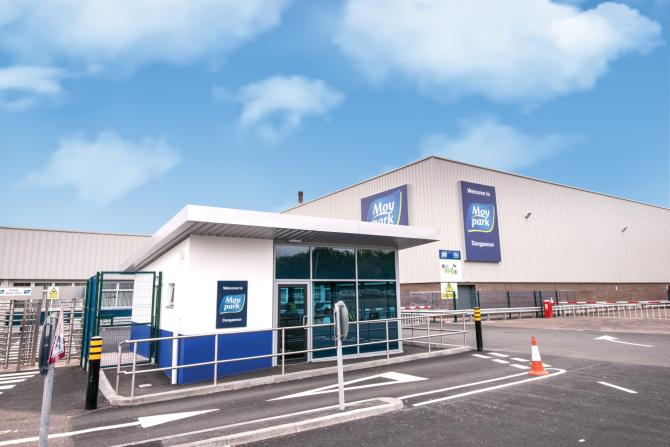 AN EMERGENCY meeting has been held at Moy Park's Dungannon factory after workers staged a "spontaneous walk out" at its Seagoe plant in Portadown earlier today, the Courier understands.

One thousand workers at the Portadown plant were said to have walked out amid claims that company profits are being "put before safety" of staff.

Proposals by Unite to secure health and safety protections were reportedly rejected by bosses, leading to what was described as a "spontaneous walk out" by workers.

It was claimed by a senior union figure that the company "dismissed" proposals by Unite to ensure "two metre social distancing between workers".

Sean McKeever, Unite Regional Officer confirmed to the Courier that a meeting was held this afternoon at the Dungannon factory and that "negotiations are ongoing".

He also advised he is due to meet Moy Park's Human Resources department over the current situation at both sites on Friday.

Explaining the situation at the County Armagh factory earlier today, Sean said: "Up to 1,000 workers have walked out of the Seagoe Moy Park site in Portadown. This follows the failure of the biggest employer in Northern Ireland to provide basic health and safety protections to its workforce.

“Unite attempted to secure commitments to ensure a minimum two metre social distancing between workers and other measures to enable infection control in the face of the Coronavirus threat but our proposals were dismissed by management.

“Workers are refusing to return to work in unsafe conditions. This is an entirely foreseeable outcome of both management greed and total inaction from Stormont.

"We need to see immediate movement from management to address the workers’ legitimate fears over Coronavirus transmission - there cannot be any two-tier approach to health and safety in workplaces. Food production workers will not be treated as second-class."

It comes as Moy Park announced it is seeking to employ up to 500 temporary staff in Northern Ireland as demand continues to grow amid the Coronavirus crisis.

It is believed the new posts would be based in the Dungannon and Portadown sites.