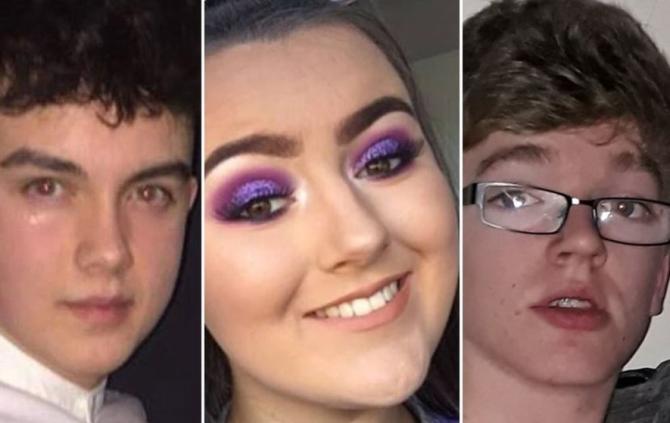 Connor Currie, Lauren Bullock and Connor Currie lost their lives during a crush at a St Patrick's night event at the Greenvale Hotel, Cookstown, last year.

A further two officers have been questioned in relation to possible breaches of Police procedures.

The details were disclosed as investigators from the Police Ombudsman office have met with the families of the victims of the tragedy.

Lauren Bullock, Morgan Barnard, both 17, and 16-year-old Connor Currie died on 17th March last year during a crush outside the hotel.

The three had been among hundreds of young people queuing for a Saint Patrick's night event at the hotel.

The Police Ombudsman stated their families had been "briefed... on the broad range of enquiries that have been conducted through this complex investigation".

Marie Anderson said her investigation was looking at both the "manner of the Police response" and the "broader context" of their deaths.

She said: “My investigators have briefed the families of Lauren, Morgan and Connor on the broad range of enquiries that have been conducted through this complex investigation, which arose from a referral by the Chief Constable in relation to the police response to the incident.

“My investigation is examining not only the manner of the police response to emergency calls but also the broader context in which these deaths occurred.”

Mrs Anderson said her investigators had progressed a substantial number of enquiries.