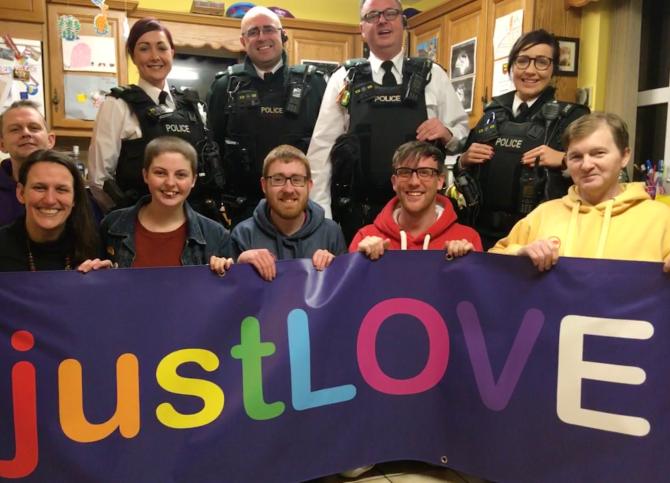 MID-ULSTER is set to make history with the hosting of a gay pride parade for the first time over the coming months.

The Mid-Ulster Pride Committee plans to formally launch the date and location of the first ever rural pride parade at an event in the Royal Hotel, Cookstown on Thursday, 16th January.

Mid-Ulster Pride is a cross community group which is passionate about the well-being of LGBTQ+ (lesbian, gay, bisexual, transgender or queer) people.

The group has already been liaising with the PSNI and Mid-Ulster District Council about their plans for the parade.

Mid-Ulster Pride Chairperson Jonathan Campbell, from Dungannon, told the Courier: “For too long LGBTQ people have had to leave rural areas to find acceptance and love.

“Too often they have felt rejected by their community, by churches and even by their own families.

“We want everyone to know they are loved and we want to celebrate the wonderful diversity here in Mid-Ulster so everyone knows they belong.”

The launch evening in Cookstown will include a show headlined by Mid-Ulster Pride's own Entertainment Officer Alexis Cox.

Alexis commented: 'We have been overwhelmed by the amount of people from across our community who have said this is just what Mid-Ulster needs."

According to Reverend Andrew Rawding, Vice Chairperson of Mid-Ulster Pride “Belonging”, “Love” and “Celebration” will be the themes at the heart of the Pride event, in order to reduce isolation and give confidence to the LGBTQ+ community in Mid-Ulster.

The Coalisland Rector walked in gay pride parades in Belfast, Newry and Londonderry last year and caused controversy after branding his own church’s teaching on same sex marriage as “homophobic”.